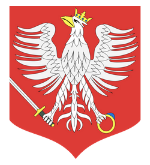 The district of Dorohusk is located in the Eastern part of Poland along the European Union’s border with Ukraine. Dorohusk is regarded as an important international railway and road border crossing. The area of Dorohusk occupies 192 km2. Although the region has an agricultural character, the standard of living of its inhabitants is highly determined by its border location. The specificity of farmlands decides about the nature of agriculture- arable soils constitute only 58%, and meadows and pastures as many as 41%. Diversified industry, focused mainly on cooperation with Ukraine, located mainly in Brzeźno. The future of the district is influenced not only by the border crossing on the Bug, but also by the domestic and farm tourism. Carbonate peat is a chef asset of the district on the European scale. It is a habitat for 51 bird species (Brzeźno and Rozkosz peat creates a natural reserve). The Bug lands and the Husynne Lagoon attract a lot of holiday-makers during the Summer who want to rest from the hubbub of big cities . Monuments of the district are: the Suchodolscy’s palace in Dorohusk from the 18th century, the palace with a beautiful park in Zamieść from the 19th century and the parish church in Dorohusk.