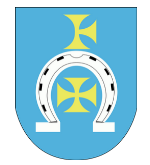 The Leśniowice district is located within the upland landscape called Pagóry Chełmskie. This is a physical-geographical region characterized by many isolated from each other chalk hills reaching up to 290 meters above the sea level.

Działy Grabowieckie, the highest part of the Lublin Upland, stretches to the North of the district. It is characterized by an incredible lie of the land, many gorges and ravines bored in the loess substratum and forests of an old stand and varied composition of species. The administrative area of Leśniowice involves 23 villages linked into 19 local administrative units. The district has an agricultural character because of very good soils. The farmland covers 9572 hectares, which constitutes 81% of the district area. Forests take 12%. The district has: one branch school and one junior high school, the health centre, the chemist’s, two libraries and three rural community centers. There is also a well-prospering sport club “Astra”. Inhabitants use three water intakes and two telephone switchboards. In order to keep the water clean, a sewage treatment plant was built in Leśniowice. The district is located in the area without environmental threats. Peace and quiet, clean air and water from the tributary of Wieprz and Bug rivers, and a beautiful landscape of the uplands Pagóry Chełmskie and Działy Grabowieckie attract tourists to visit the Leśniowice area.

The very first information about Leśniowice dates back to 1434. As the legend says, the first colonists settled in the forest next to the lake as forest workers. They stayed in the forest in order to use its goods as tar, fruit, and charcoal. The name of the district is connected with the area occupied by the first inhabitants (the forest land). Later, the suffix –owice was linked giving the name a bit of ethnic character- Leśniowice. The oldest towns are: Kumów – built in 1205, Horodysko and Rakołupy built in 1426, and Sielec- built in 1431.

the manor house of the family Rzewuscy; the manorial park; the tower; the baroque statue of the Blessed Virgin Mary Assunty; the Saint Anna’s chapel; the Orthodox graveyard in Sielce; the Roman Catholic church dedicated to the Blessed Virgin Mary built in 1821-1824; the Rzewuscy’s family tomb in Kumów; the fortified settlement Maczuły in Horodysk; the manorial park with the chestnut-lined avenue in Dębin; the distillery; the mill; the synagogue’s building; the annexe of the palace; the medieval burial ground from 12th-14th century; the ruins of the castle.