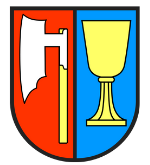 The Rejowiec Fabryczny diastrict is located in the Southern and Western part of the county, on the Northern West from the town Rejowiec Fabryczny. The area occupies 88 km2 what constitutes 2,3% of the Chełm district’s land. It is inhabited by 4607 people: 2425 women and 2182 men (data from 31stDecember 2008). The settlement network involves 15 towns. It is characterized by the linear layout of towns along roads, apart from the Pawłów and Kanie towns. Pawłow has a town system, and Kanie has a former minor settlement.

The Rejowiec Fabryczny district is the youngest independent territorial unit in the Chełm county. It was decided by the Council of Ministers in December 1990, however the district started its “independent condition” in 1stJuly 1991. The district economy has a farm and commercial character. Corns as well as bulb and root plants dominate in the sowing structure. The industry of building materials, the manufacture of wooden products (pallets, woodblock floors, packings) and food production (bread, the confectionery) are well developed. The district is a base for the carbonate resources’ output to support the cement production needs in the cement works “Chełm” and “Rejowiec”. The district is rich in natural resources as: the deposit of marlstones, rocks, the flint ground, clay, clay stones, the quartz sand and peats.

Rejowiec Fabryczny belongs to the “Strip” area which gives a great chance for further development of the district using the transit location next to the railway route number 7 Warszawa- Dorohusk- Kijów, the road S-12 Warszawa- Dorohusk- Kijów and local farming and natural resources. Tourist places are: the “Pawłowski” Protected Landscape Area which occupies 8000 hectares stretching along a picturesque valley next to the river Wieprz with unique old river beds. The Landscape involves lands in the borders of villages as Pawłów, Kanie, Zalesie Kańskie, Wólka Kańska, Wólka Kańska- Kolonia , Liszno, Liszno -Kolonia, Leszczanka oraz Toruń. This area encompasses a valley of the river Dorohucza surrounded by chalk hills with semicircular rings of Pawłowscy’s Forests. Peat, covered by alder forests with a mixture of Rhamnus frangula- the alder buckthorn and birch, constitute the main part of the area. In the Southern part, there are picaresque fish ponds in which water birds occur as mute swans, different types of ducks, grebes as well as black storks. In the Western part, the habitat is humid covered by mixed stands of alders, birch and pines. The less humid habitat with oak and pine stands predominates in the Eastern and Northern part. It is a paradise for mushroom pickers. There are many protected plant and animal species. Natural monuments are the most interesting things in the monumental park next to the Nursing Home and the Rome Catholic church in Kanie. These are: the small-leaved lime, the silver maple, the Eastern black walnut, the American tulip tree and the pedunculate oak.

The most important monuments are: