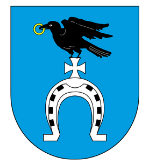 The Ruda-Huta district covers 113 km2. Agriculture is the base of the economy. Bulb and root corns determines the plant production. The product and service factories were established. The Meat Processing Plant “Kompleks” is the biggest one in Laśniczówka. There are beautiful forests which cover 15% of the district area. The Chełm Landscape Park occupies the Southern part with the only one in Europe carbonate peat complex- the breeding place of many rare bird species. The pedunculate oak called “Bolko” is the first Natural Monument in today’s district borders (recognized in 1959). It is one of the oldest and the most magnificent trees in the Lublin province (860 cm of the circumference). There are another 11 monumental trees in its neighbourhood (6 oaks, 2 ashes, the Silver birch and the exotic Honey locust).