THE DISTRICT OF SAWIN

The government of Sawin 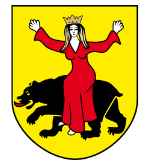 The Sawin district is located in the Northern part of the Chełm county next to the regional road number 812 linking Chełm and Włodawa. It borders with the Hańsk district in the North, with Ruda-Huta and Wola Uhruska in the East, with Wierzbica in the West and in the South with the Chełm district. It has the second position in size with the area of 19.020 hectares, while the third position when it comes with population. The society has 6.244 inhabitants (2.204 of them live in Sawin)- 32 people per 1 km2. It places the Sawin district on the 11thposition among 13 county districts. It has 28 regions concentrated in 19 administrative units.

The Sawin district is dominated by landscapes of great natural values as the unique ecological complexes and relict flora and fauna’s elements in the European scale. The Polesie National Park is involved in the district area. The area of the Sawin’s part occupies 225 hectares. There is also the “Serniawy” sanctuary in the PPN’s areas. It is located in a small forest complex between villages Chutcze and Serniawy. Its task is to protect the alder and ash riparian forest as well as the low broadleaved forest. There are 14 plant species altogether. Some of them are under law protection and some are classified as rare. Including the Northern and Western part of the district to the International Biosphere Reserve of Western Polesie proves of its importance for ecology. The goal of the reserve is to develop the region of great natural values in an harmonious way and protect the biological landscape variety of mud lowlands with the mosaic of mud, peat, lakes, rivers and forests. Forests are regarded as the lushness of the district. They occupy 25% of the area. Forest, meadow and peat places near Czułczyce and Sawin are under special protection. The most valuable species can be found in the “Bachus” reserve (more than 83,74 hectares) located near Bachus and Malinówka villages. The ground of the reserve is diversified in terms of humidity and the lie of the land. Huge fragments of the oak wood with the padunculate oak are protected here. Numerous sinkholes (over 20) periodically filled with water with the habitat of the rare pond turtle are a great curiosity of the reserve. There is a wide opinion that the “Bachus” reserve is the most beautiful forest reserve in the Lublin macro-region.

Traces of the “Hordynki” stronghold from the 8th-10thcentury in Sajczyce represent the prehistoric art of defense. An embankment is well kept with a closed line. It has an elliptical shape which covers 0,3 hectares. The medieval art of defense in represented by a gord next to the Czułczycki’s hamlet. Today’s condition enables to distinguish the embankment and a moan on an irregular hexagonal projection similar to an oval with the Northern entrance. Sacred elements are an interesting part of the landscape. The sacred complex in Sawin from 1750 is the oldest and the most interesting one. In the middle of the complex, There is a late-Baroque church dedicated to the Transfiguration. It is a brick and one-nave church built in 1731-40. A wooden church dedicated to All Saints in Przysiółek comes from this period (1764) as well. It is one of the oldest wooden churches in the Chełm county. Nowadays, it is
a cemetery chapel. Next to the church, there is a wooden bell tower from the 19thcentury. In the period of Russification, a brick Orthodox church was built in Czułczyce. It is a parish church dedicated to the Saint Roch today.

A part of the communications route which runs through the district is a great base for the district development. The development of the farm tourism as an additional source of income is envisaged as a result of fragmentation and a large number of small farms. The “Niwa’ artificial lake of the size of 95 hectares, which has been planned to be build in 2004, will improve the district’s attraction. The development of retail and service outlets is anticipated, especially near the 812 road. Protection of the environment forces people to take some actions in changing the infrastructure as: the construction of water supply system, sewerage and sewage treatment etc. We hope that the attractiveness of Sawin and the surrounding area as well as the potential of workforce will result in a greater interest and bring capital into the district. Some attractive places are already proposed in the land development plan.