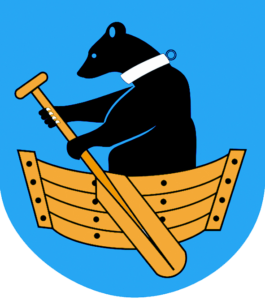 The Żmudź district is located in the Southern and Eastern part of the Chełm county. The area covers 136 km2 and is inhibited by 3,7 thousand people (the smallest number of inhabitants: only 3 people in Gałęziów; the biggest number: 818 people in Żmudź). It is a country district with 17 administrative units (22 villages). The density of population is 26 people per 1 km2. The district has got a good localization. The distance from the county is 20 km. A regional road (10,7 km) from Chełm to Hrubieszów runs through the district. It was a national road till 1998 as written in nomenclature of the road signs. It leads to the border crossing with Ukraine.

The district borders with six districts:

Two regions can be distinguished in the district:

There are several institutions promoting culture in the district:

Moreover, there is a natural reserve in Żmudź covering 5,81 hectares. The reserve was created in order to preserve unique residual forms made of chalk rocks and protect xerophytes’ habitats with a numerous Linum flavum- a kind of flax. The Protected Landscape Park was created in Chełm and Grabowiec- Strzelce. The Chełm Protected Landscape Park covers the Northern and Eastern part of the district. These areas are rich in flora and fauna: the Udal and Krzywółka valleys with numerous lakes and peat areas, forest complexes near Pobołowice and Puszcza. The Grabowiec- Strzelce Protected Landscape Park is located in the Southern part of the district. It involves an attractive lie of the land near Maziarnia and fragments of the Wełnianka valley. Maple, hornbeam and hedge avenues are composition elements of the park in Wólka Leszczańska. There are 557 trees, and 250 of them are in the inner plantation (pines). There are 19 tree species. The dominant trees are: the horse-chestnut, the European black pine, the small-leaved lime, the Norway spruce, the black locust, the European ash, the Persian walnut and the Norway maple.

Monumental objects in the district: